ENG 201: Research in the Disciplines (NYC)

What is a Scholarly Journal?

Scholarly, academic, refereed, peer-reviewed - these terms are sometimes used interchangeably, but what do they mean? Scholarly sources can be books, book chapters or journal articles. For the most part, the most recent research is found in scholarly journals.

Peer-reviewed and refereed publications: "articles submitted to a periodical are examined both by the editor and one or more specialists in the individual field before approval is given to publish. The purpose of the readers (often called an editorial board) is to ensure a better chance that the final product will be a contribution to knowledge." (Definition from Magazines for Libraries, New York : Bowker 1997).

You can use our Quick Search, which searches across about 85 of the 200 subscription databases that Pace Libraries has access to discover scholarly journal articles:

And narrow your search results to "Academic Journals":

You can also browse our databases. The databases listed below contain articles in a variety of academic fields and disciplines:

You can explore more of our databases by name or subject from the library homepage:

What is Peer Review?

An article that has been reviewed by experts in the field in which it is about before being accepted for publication. To learn more about what it means when something has been "peer reviewed," check out the video from NCSU libraries posted below:

There are two types of bias that are important to keep in mind during the research and writing process:

This is when you deliberately shape evidence to support your argument/agenda, and ignore information that supports the contrary.

Implicit bias occurs when someone consciously rejects stereotypes and supports anti-discrimination efforts but also holds negative associations in his/her mind unconsciously. In other words, the work may say one thing, but express another by reinforcing stereotypes and prejudices that otherwise would suggest a prejudicial bias on the behalf of the author. It's important to be able to discern the intentions of the author of any piece of information that you absorb. 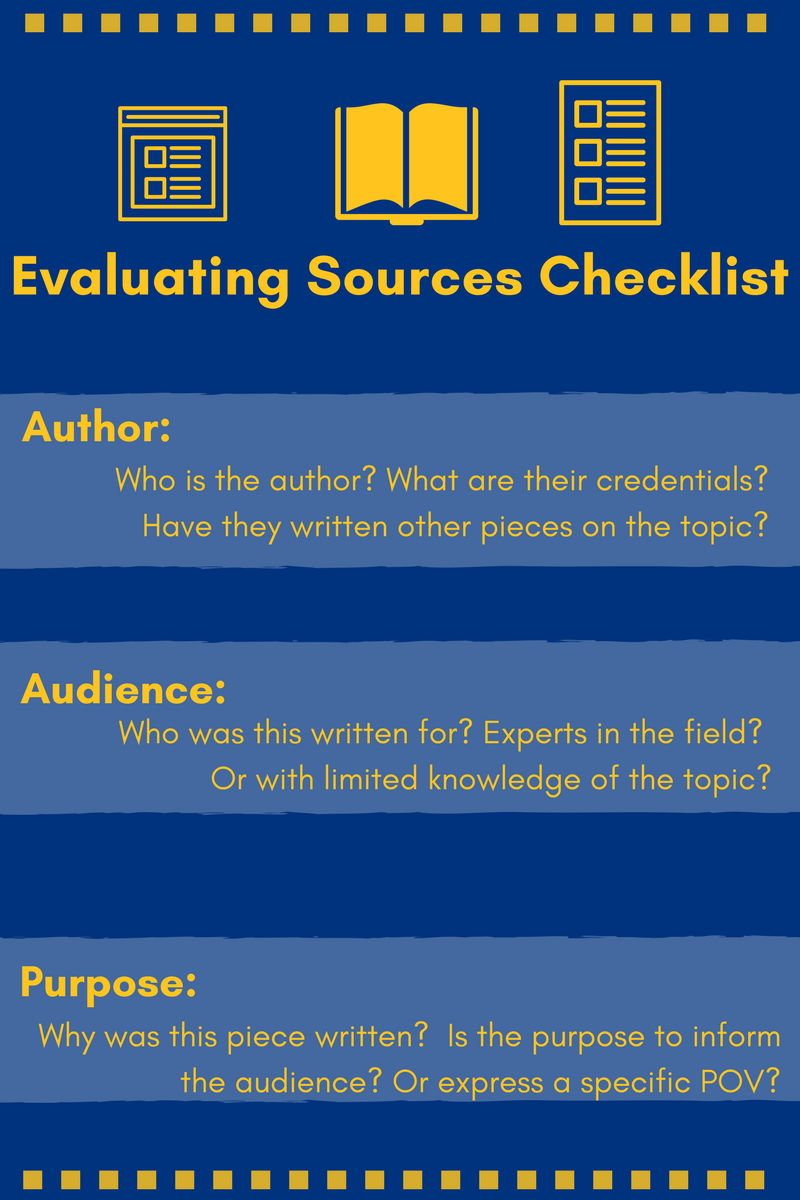 With resources like Google at our fingertips, information isn't hard to find.

What is challenging is determining whether that information is credible, and can trusted.

Web sources can be particularly hard to evaluate, so here is a handy acronym to help you determine if a source may be CRAP.

When you find an article in a research database and it is not immediately available, use the Search for Item button to search Pace's periodical holdings (print and electronic). If you are told to use Pace's Interlibrary Loan (ILLiad) service to request an article, follow the link.