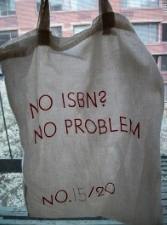 Zines are defined as do-it-yourself publications. Those who create them are often called zinesters. Zine content varies, and Stephen Duncombe's taxonomy of zines is useful for understanding the range of subject matter: there are fanzines, political zines, personal zines (sometimes referred to as perzines), identity zines, religious zines, work zines, and zines about health, sex, travel, comics, literature, and art.[ 1] What distinguishes zines in general is the personal nature of the content, whether the subject matter be diaristic or political.

The most common definition of a zine is a self-published, black-and-white photocopied booklet. The number of copies is usually determined by the resources available. Historically, zines have been made by hand—the pages typed, drawn, written, collaged, glued, and taped—and then reproduced on a photocopier. Today, most zines are still made by hand but may be scanned and printed at home. Some zinesters now make zines via desktop publishing while many continue to work in analog environments. Other zinesters work in both digital and analog environments.

Pre-Internet, people exchanged zines via the postal service. More recently, zinesters sell or trade them in person at zine fairs or sell them through "distros" (distributors) in stores or online. The more they cost to make, the higher the sale price. In the 1980s and 1990s, zinesters would make "free" copies at work or  go to "Kinko's" to copy in black and white cheaply.  Zinesters are more likely to print at home and print in color. They are more likely to sell their zines than to just trade. Kinko's is no longer, but FedEx and Staples are destinations for photocopying.

[1] Stephen Duncombe, Notes from the Underground: Zines and the Politics of Alternative Culture, 2nd ed. (Bloomington, IN: Microcosm, 2008).

photo by Susan Thomas of bag by The Holster collective (2009)

THE ORIGIN OF ZINES

"Zines have been shaped by a long history of alternative presses in the United States. In fact, zine editor Gene Mahoney calls Thomas Paine's revolutionary pamphlet Common Sense “the zine heard 'round the world.” As a distinct medium, however, zines first appeared in the 1930s. It was then that fans of science fiction, often through the clubs they had founded, began producing what they called “fanzines” as a way of sharing science-fictional stories and commentary. Although it is difficult to be certain of anything about a cultural form as ephemeral as zines, it is generally accepted that the first fanzine was the Comet, published by the Science Correspondence Club in May 1930. More than four decades later, in the mid-1970s, another type of zine appeared as fans of punk rock, ignored by and critical of the mainstream music press, began printing fanzines about their music and cultural scene. The first punk zine, appropriately named Punk, appeared in New York City in January 1976.

Factsheet Five and its creator, Mike Gunderloy, were central in the history of zines. The zine was in part the accidental offspring of a letter sent to a dozen friends and in part a conscious plan to “connect up the various people who were exercising their First Amendment rights in a small, non-profit scale [so] … they could learn from each other … and help generate a larger alternative community.” Gunderloy began Factsheet Five in May 1982 by printing reviews and contact addresses for all zines sent to him. The result was a cross-fertilization of the two major types of zines, science fiction and punk. They were joined by smaller numbers of publications created by fans of other genres, disgruntled self-publishers, and what remained of political dissent from the 1960s. A genuine subculture of zines developed over the next decade as the prefix “fan” was, by and large, dropped from “zine,” and their number increased exponentially. For many years Factsheet Five continued to function as the center of the geographically dispersed zine world."

Pace community can log in with Pace credentials to read the entire encyclopedia entry.

The  magazine Broken Pencil is a great resource for reading about the zine scene over the last 20+ years. You can access it here. Try just searching for "zines" within the publication. 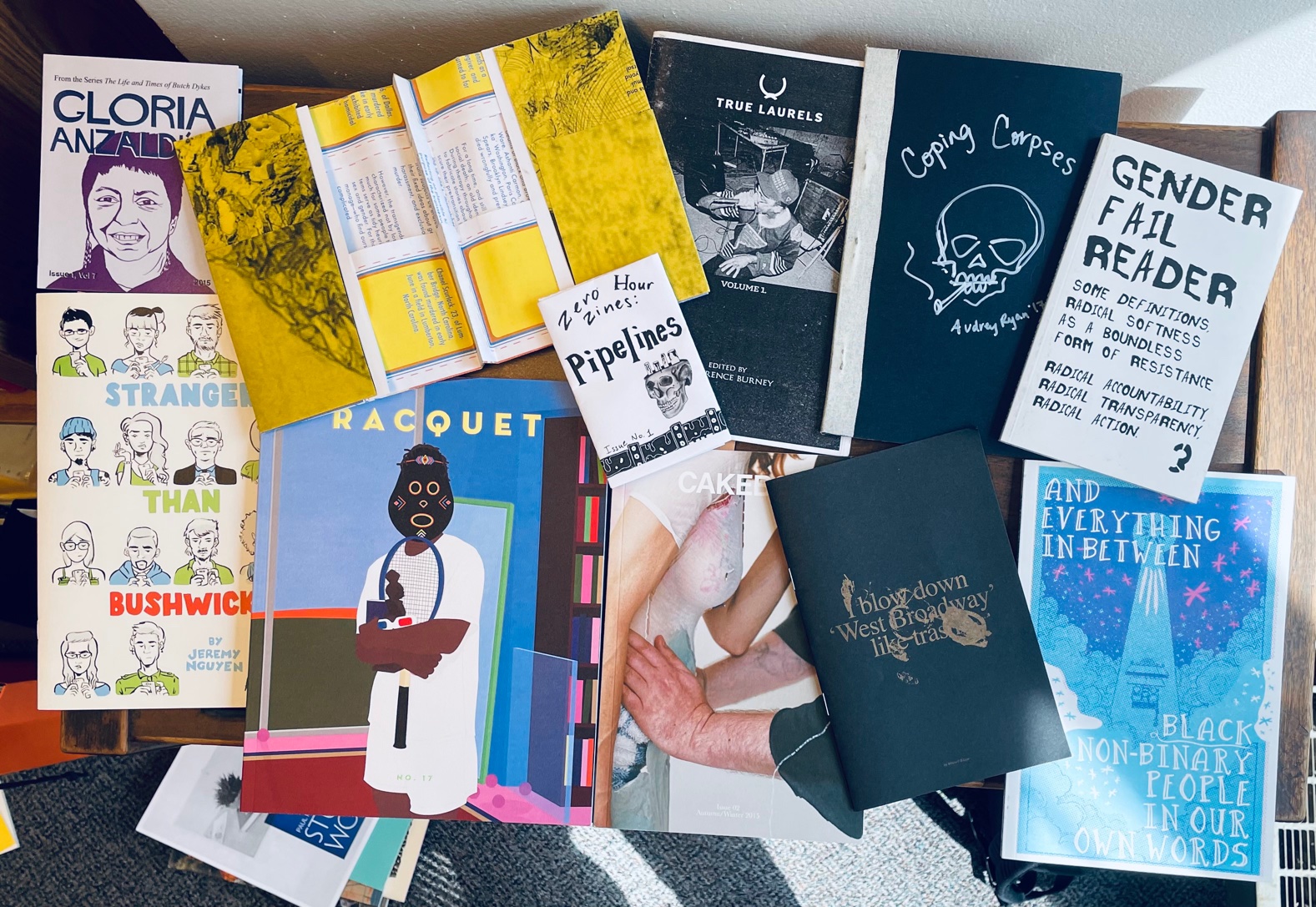 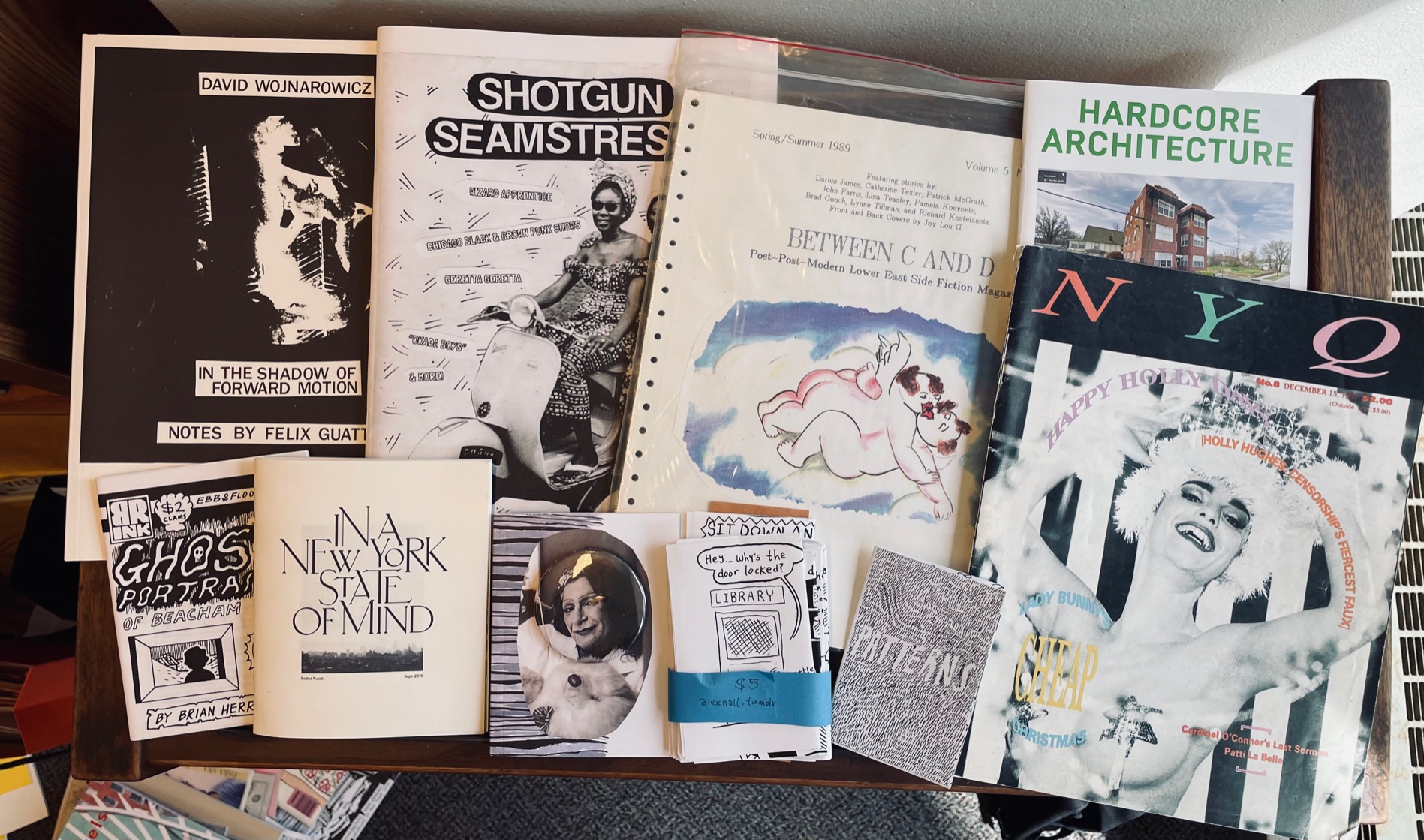 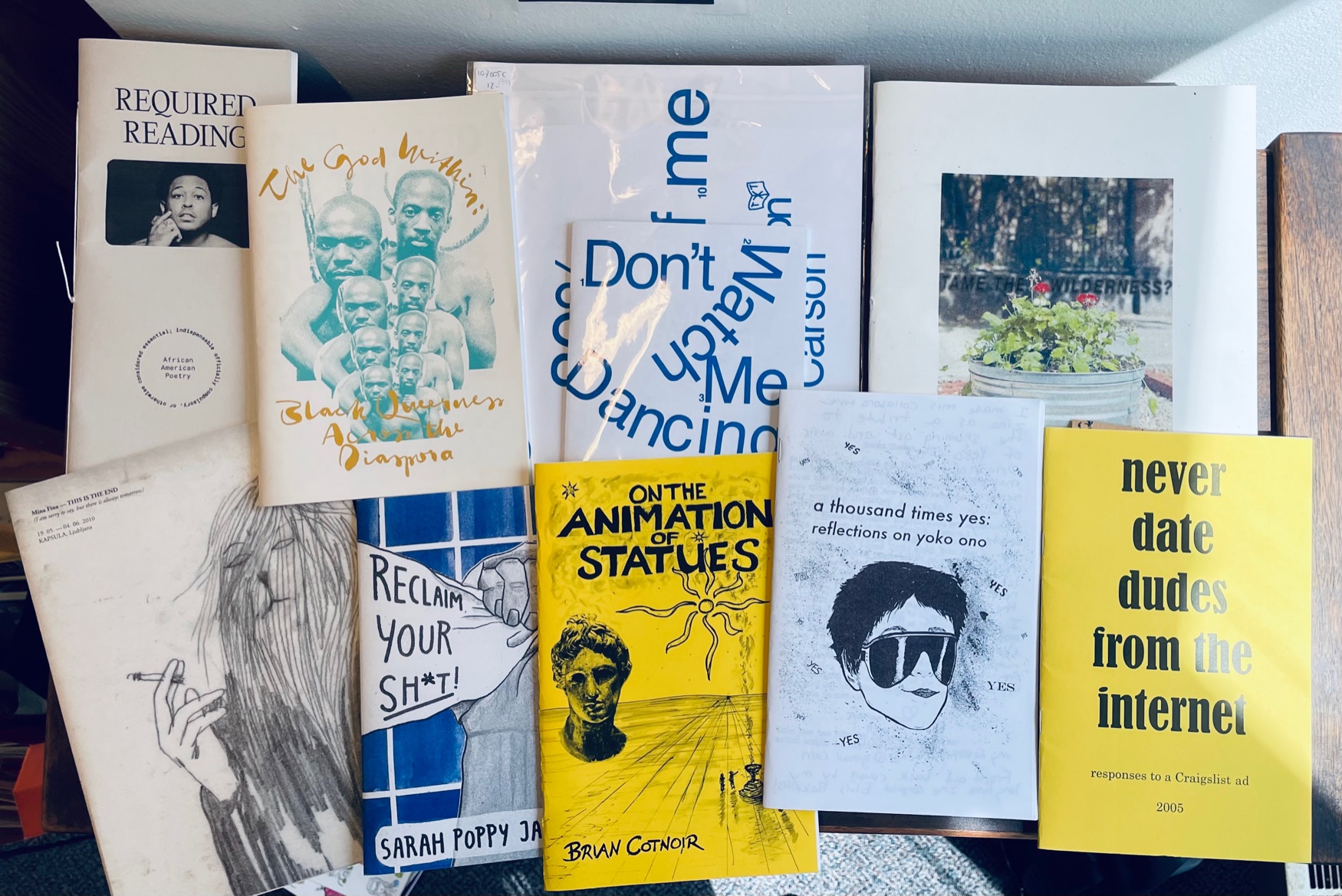 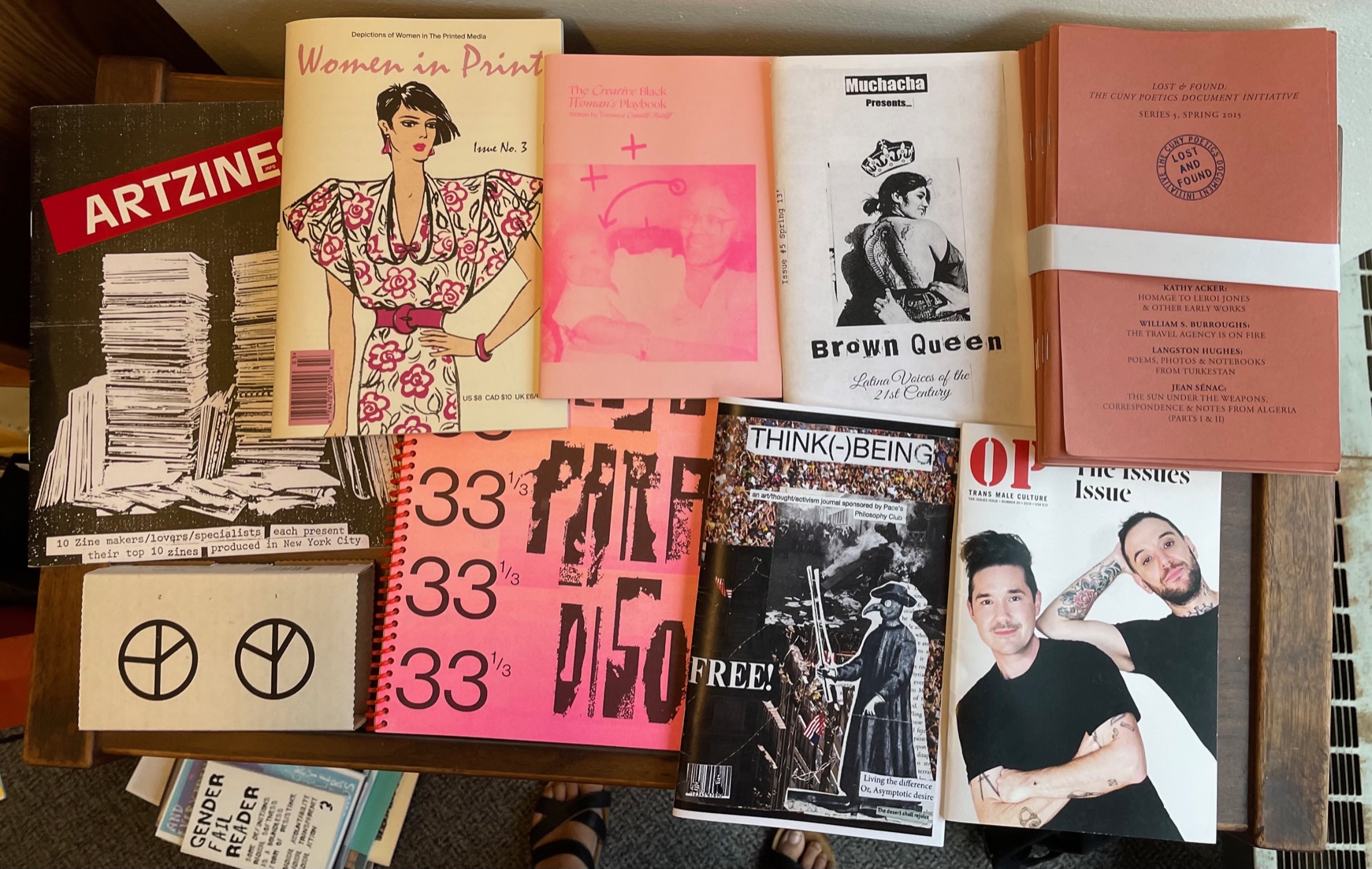