A Little Devil in America : Notes in Praise of Black Performance

A Little Devil in America is an urgent project that unravels all modes and methods of black performance, in this moment when black performers are coming to terms with their value, reception, and immense impact on America. With sharp insight, humor, and heart, Abdurraqib examines how black performance happens in specific moments in time and space--midcentury Paris, the moon, or a cramped living room in Columbus, Ohio. 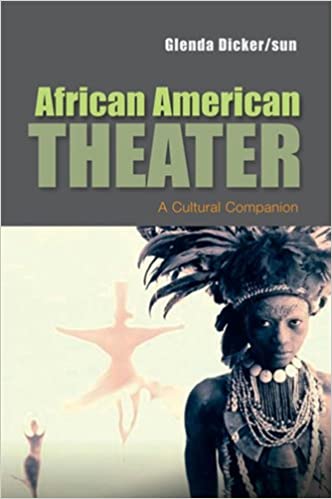 This book will shine a new light on the culture that has historically nurtured and inspired black theater. Functioning as an interactive guide, it takes the reader on a journey to discover how social realities impacted the plays dramatists wrote and produced.

Blue-collar Broadway: The Craft and Industry of American Theater

A rich history of American theater, Timothy White's Blue-Collar Broadway tells the story of the people who created costumes, shoes, scenery, lights, and props. From the 1880s to the 1990s, White explores the shifting centers of theatrical craft and their impact on the nation and the iconic New York City district of Times Square.

Sounding Together: Collaborative Perspectives on U.S. Music in the 21st Century

"Sounding Together: Collaborative Perspectives on U.S. Music in the Twenty-21st Century is a multi-authored, collaboratively conceived book of essays that tackles key challenges facing scholars studying music of the United States in the early twenty-first century. This book encourages scholars in music circles and beyond to explore the intersections between social responsibility, community engagement, and academic practices through the simple act of working together.

Women in the Studio: Creativity, Control and Gender in Popular Music Production

The field of popular music production is overwhelmingly male dominated. Here, Paula Wolfe discusses gendered notions of creativity and examines the significant under-representation of women in studio production. Wolfe brings an invaluable perspective as both a working artist-producer and as a scholar, thereby offering a new body of research based on interviews and first-hand observation

Music and sound shape the emotional content of audio-visual media and carry different meanings. This volume considers audio-visual material as a primary source for historiography. By analyzing how the same sounds are used in different media contexts at different times, the contributors intend to challenge the linear perspective of (music) history based on canonic authority.

Colm Ó Caodháin: An Irish Singer and His World

One of the most sought-after aspects of Irish vernacular culture is traditional song. Within Ireland this is often primarily associated with the Irish Folklore Commission and Radio Éireann. For the first time ever, a dedicated presentation of the renowned Conamara singer Colm Ó Caodháin encapsulates that apex of ethnographic fieldwork in Ireland. It places Colm in the context of life in Conamara during his lifetime as a farmer and a fisherman for whom song, lore and music were the fabric of his everyday life.

Rise Up!: Broadway and American Society from Angels in America to Hamilton

Penned by one of America's best-known daily theatre critics and organized chronologically, this lively and readable book tells the story of Broadway's renaissance from the darkest days of the AIDS crisis, via the disaster that was Spiderman: Turn off the Dark through the unparalleled financial, artistic and political success of Lin-Manuel Miranda's Hamilton. It is the story of the embrace of risk and substance.

Making the Scene in the Garden State: Popular Music in New Jersey from Edison to Springsteen and Beyond

Making the Scene in the Garden State explores New Jersey's rich musical heritage through stories about the musicians, listeners and fans who came together to create sounds from across the American popular music spectrum.